Where Does the Time Go?

Ten years ago this morning, I overheard the labor and delivery nurse say that I was scaring the other patients in the maternity ward as I struggled to deliver a 9 pound 9 ounce behemoth with natural childbirth who was in a hurry to be born after missing his due date by one day.  He was was born and Kevin said,  "It's a boy!" I was filled with joy!  He had a 2-year-old sister at home waiting for him. We could not have been more thrilled to welcome Andy into the world.

Andy is my precious only son, an excellent student, a natural athlete and a tenderhearted punk.  He loves soccer above all sports, playing since he was in preschool.  He is always kicking something around.  If it rolls or slides, it's getting kicked.  He loves to kick Molly's chew toys so much that Kevin sometimes hides them.  On the pitch, he's an outstanding defender who plays the entire 50 minutes of every match except for water breaks.  He's a tough competitor who forgets the outcome of the game the second the whistle blows to end it and is back to being a carefree kids as soon as the team meeting is over. This ability to transition quickly is one of our favorite characteristics of his.  His favorite player is Lionel Messi of Barcelona and Argentina. His favorite teams are Columbus Crew and Everton F.C. (English Premier League).

Over the last year, Andy has grown 2 inches!   I suspect that he will pass me in height by the time he's 12.  I'm 5'6".  He wears a size 8 men's shoe.  He orders off of the adult menu, but he's as skinny as a rail.  Even the slim pants for his height are too big.  He's like his dad who has worn the same size pants since he was a teenager.  These high metabolism men are enough to make a woman crazy. 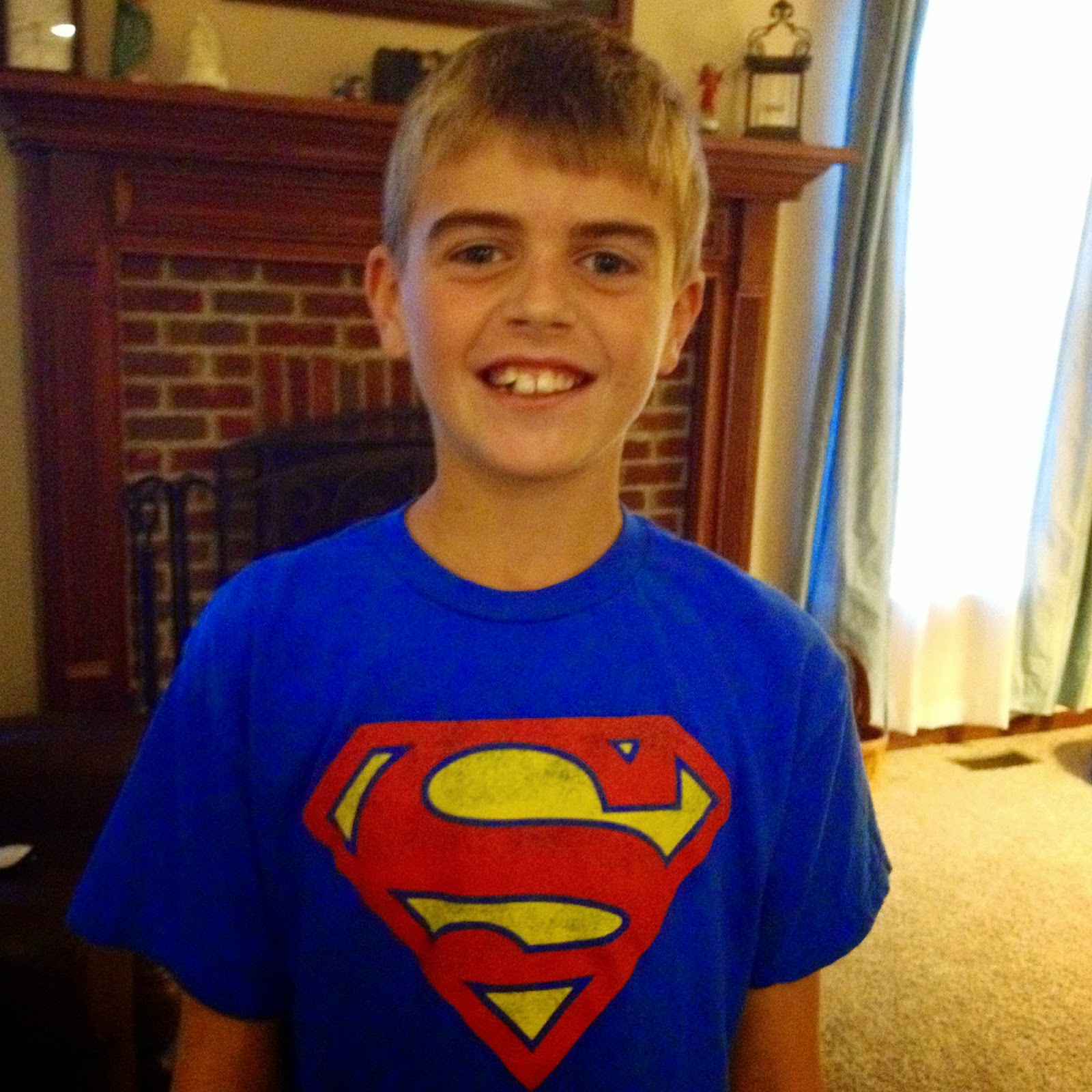 I'm happy to share that over the last year Andy has overcome his dislike for showing affection to his mommy.  It's very awesome that he's overcome that because it's really annoying to have a kid who won't let you hug and kiss him. He's gone through all the various phases of boyness, not liking to be hugged or kissed or cuddled beginning when he was SEVEN!!! (NOT COOL).  I would go out of my way to make him sit with me at Mass because at church he would hold my hand, lean on my shoulder and stand in front of me so I could put my arms around him.  As soon as Mass was over, that was over, too.  Recently, he's remembered how to kiss me with his lips and NOT his teeth because he was giggling too much at the thought of kissing his mom.  He also hugs and will let me hug him.

Andy loves his sisters.  They all get along so well. Very often, he plays so well with one of them that they earn the nicknames Frick and Frack.  He takes the play to a whole different level when they get going.

Andy loves his dog, Molly.  He loves to kick her chewing toys and chase her.  He loves video games, especially Minecraft and FIFA 14.  He likes to ride his bike to and from soccer practice in the summer when the sun stays out.  For his birthday dinner, he has requested macaroni and cheese and ice cream cake.  He's an all-around good kid.